​Epiparasites the Freddie the Freeloader of Plants

​Epiparasites the Freddie the Freeloader of Plants

Epiparasites
the Freddie the Freeloader of Plants

Do
you have friend(s) that always shows up for the potluck empty-handed,  or they surprise you by showing up for dinner unannounced? You keep
them around because they are fun, and their devil-may-care attitude
can distract you from the rigors of life. There are actually plants
like that too. Captivating plants like Squawroot, Dutchman’s Pipe here
in the east, and out west, Snow Plant. 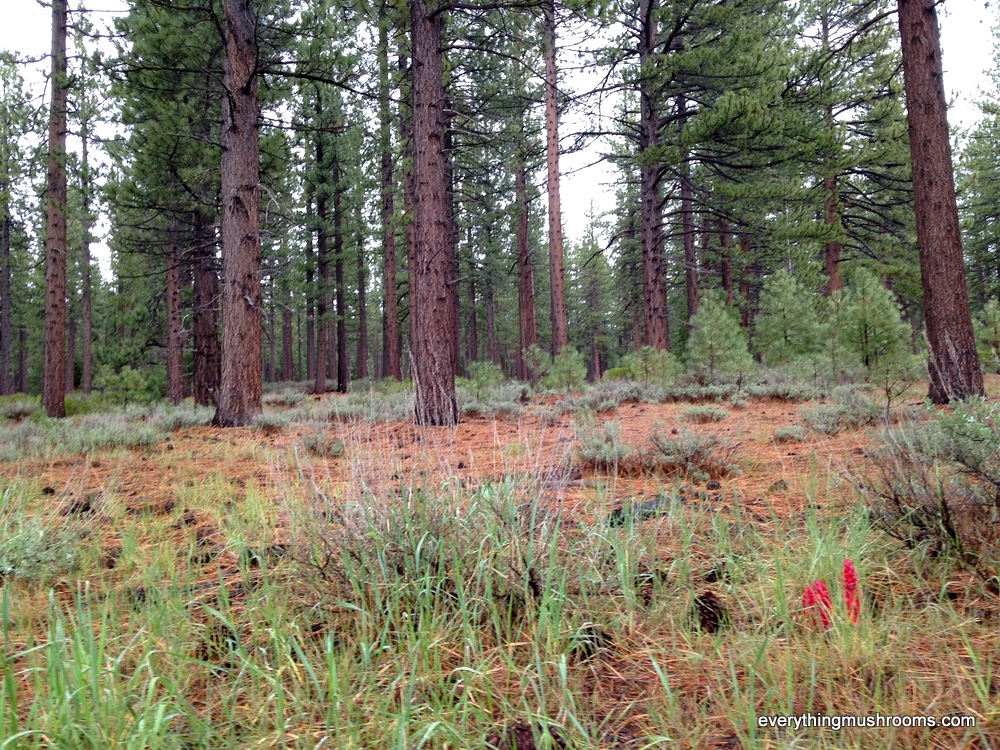 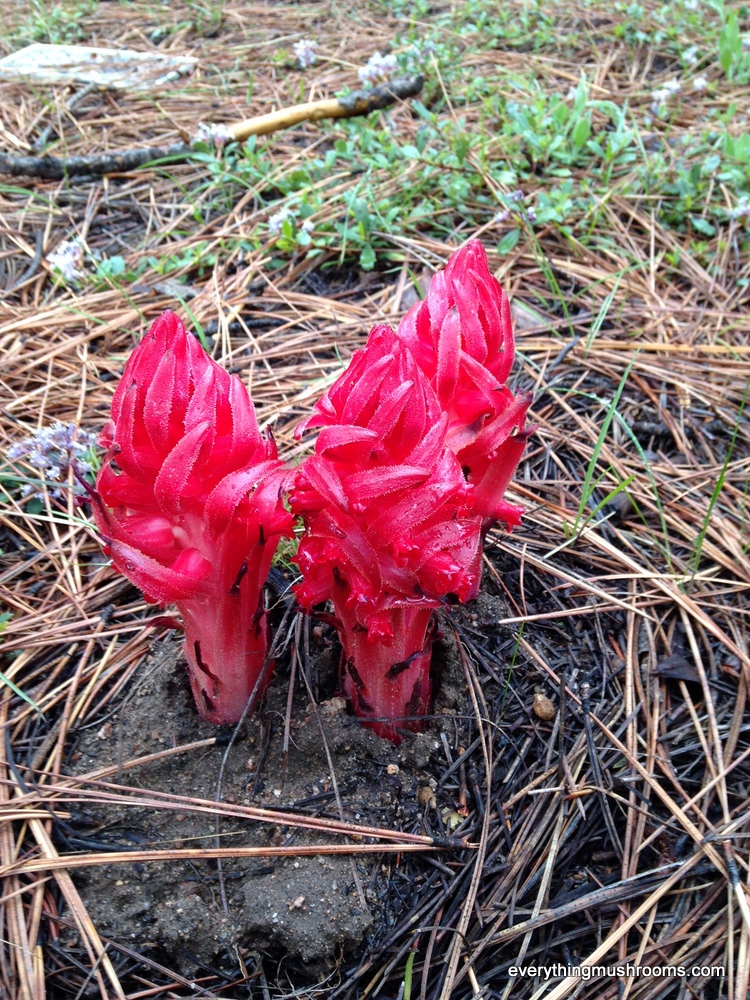 These
plants evolved to live without making their own chloroplyll.
Chlorophyll is the molecule that allows plants to gather energy from
the sun and to make all the yummy things we love to eat. Why would
the Freddies of the plant world give up the ability to make it’s
own food? Why do the work when you can get the food for free.

For a long time these plant
were thought to be saprophytes. That is, organisms that feed off of
dead and decaying matter in a similar manner as mushrooms and other
fungi. This was mostly because studies
showed that Freddie did not interact directly with other plants (via
roots connections), like most parasites. The
truth is more complicated. Turns out they do take energy from
plants but through an intermediary—Fungus! (Leake
2004)

All plants have evolved
symbiotic relationships with fungi. The fungus breaks up humus and
other matter in the soil and provide minerals in a usable form for
the plants. Their abundant surface structure of fine mycelium allows
for more efficient uptake and transfer of water than roots alone. In
return, the plants provide sugars for the fungus (Sanders
2003).

Freddie
plants evolved knowing they can get the all the sugars and minerals
he needs to survive from the other plants and fungi. Their only job
is to make the next generation and move on. They know this gig is
temporary. The environmental cues for each species are well
coordinated, all come up at once. Flowers at the ready to make the
next generation of freeloaders. They do their thing, seed and die
back to the ground. No need for leaves to stick around to harness
the suns energy for later days.

A
few of the scientific papers I looked at described these plants as
“cheaters”. I found that a little harsh. I can’t dislike
these plants for their freeloading ways. These little natural
anomalies are like artists, they awaken the spirit. Just like the
smooth saxaphone meanderings of the jazz song, “Freddie the Freeloader”, or those friends that show up every now and then. Coming across
little white pipes in the woods or Squawroot in bloom or its ghostly
remnants, always bring me joy. 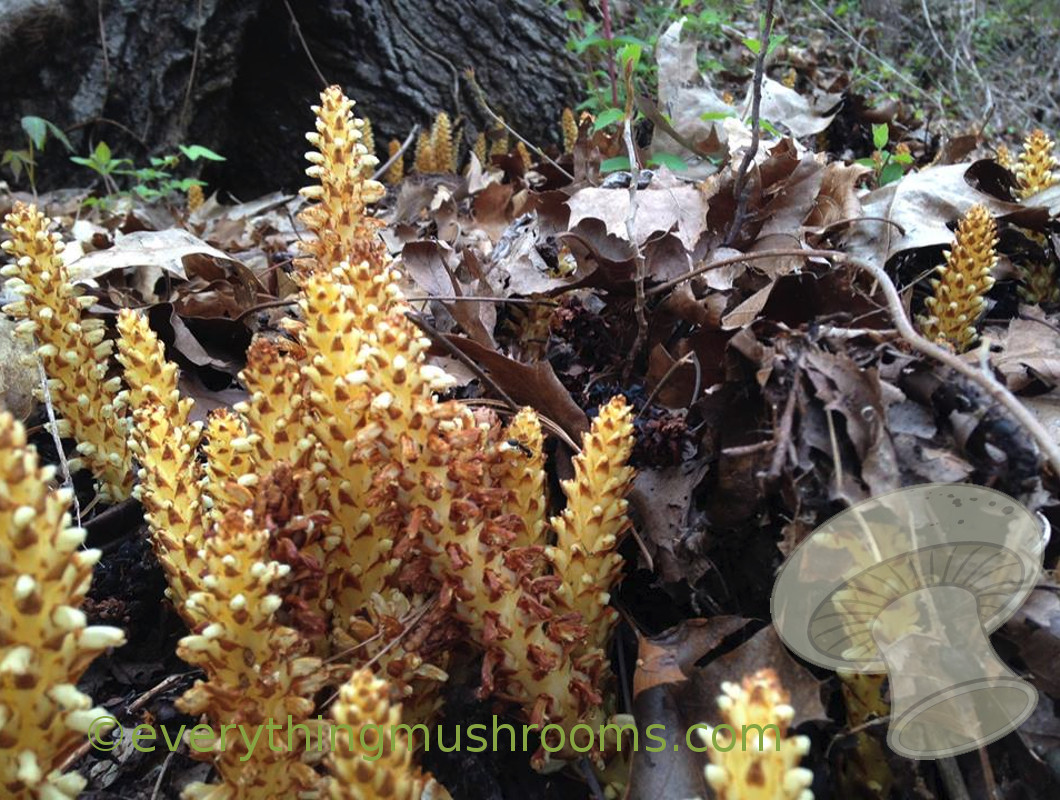 Arbuscular
mycorrhizal symbioses are mutualistic interactions between fungi and
most plants. There is considerable interest in this symbiosis because
of the strong nutritional benefits conferred to plants and its
influence on plant diversity. Until recently, the symbiosis was
assumed to be unspecific. However, two studies have now revealed that
although it can be largely unspecific with the fungal community
composition changing seasonally, in certain ecosystems it can also be
highly specific and might potentially allow plants to cheat the
arbuscular mycorrhizal network that connects plants below ground.